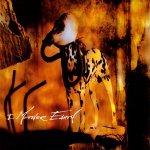 I recently mentioned in a Sunday Service that I’d rocked this record yet again, and loved it, as always. Mike said he had a review of it done, did we wanna do a collab post on it? Hell yes!

For better-informed and connected reviews, go check out  MIKE  and  BOPPIN  on this record, too!

And me? My response to Dig has always been visceral. It gets me right in the gut every time. It typifies everything I loved about rock music at the time, and then exceeds all expectations every damn time.

Folks, this record is a monster, so huge and glorious and glistening in the sun. After the opening intro, the next four tracks were singles! No wonder it went platinum! It even won a Juno award for Best Hard Rock Album in 1994. Wiki lists it as Alternative Rock, Alternative Metal, Funk Metal, Progressive Rock, and Grunge. While I’m not huge on labels like that, I can’t argue with any of those.

Let’s Dig deeper into this one, shall we?

The Mothers starts us off with pretty, Eastern-sounding guitars and then a trippy organ/guitar jam that builds and crashes and stabs. Tea Party fans oughta like this one! Ha. It’s fairly short, and then we dive headlong into the metal grungey swaggering crush of Levitate, which could have been a Tool song, with extra grunge thrown in. It has the same atmosphere, I love it.

Next up is Rain Will Fall, another favourite of mine. It blasts off at 100 mph and never lets up. There’s a fantastic breakdown section, love the drums, almost tribal. Bluesy metal funk and pure energy. This is the sound of a band that knew it had it, and they were leaving nothing out. Hot damn! The album rolls on into So Gently We Go, a jazzy swingin’ Doors-ish song that’s a sweet rest after the pummelling of the last two tracks, even when it builds to full volume towards the end.

But the idyll doesn’t last long, as Not Quite Sonic builds off that strength and takes us on another sonic adventure. It teases us a long while, but when the chorus finally drops it’s a huge song that pleases so greatly and you can’t help but yell along! Man I do love this one. Production steps up with another blistering pace, sounding like an early Chili Peppers song to me, with that rumbling bass line and swinging drums.

Lost My America starts us off with another trippy intro but quickly becomes full of a bluesy grandeur, that guitar YES! Going back and forth between rock and gentle, this tune has it all. No One is all muscle and power right from the start and it never lets up. What an excursion!

Undone creeps in on a bass line and those drums touches again, it builds into a another swaggering, hot club blues jam-out. Holy hell that guitar. Basketball rides a relentless bassline and rapid-fire tribal drums into a blistering hot track. Wow! I remember putting this song on mix CDs back in the day. Yes, I am an old fogey and used to make mix CDs. At 2x speed in my CD burner. Speaking of hot shit… Anyway, the gentle breakdown in the middle doesn’t last long. This song wants to go, Go, GO!

Next up is And The Experience, with it’s slinky metal blues feel. Picture yourself at their show. It’s hot in the club, late in the set, and the crowd is worked into a frenzy. The band has everyone in the palm of their hand. This track seals the deal, because this album has already proven the goods and we’re all in it together. This one just make them bottomless, untouchable, and perfect. Because with three minutes to go, this one also achieve lift-off and the place goes crazy… they even pause and observe a few seconds’ silence… and then crash back in with the metal blues… Man, I can picture it so clearly.

The Universe In You closes out this album, and to carry through on the previous track’s concert analogy, this is the one that sends the crowd out into the night with ringing ears and IME in their hearts. It bluesily and gently pulling us in, then rocking us with a swing and with power. And of course it can’t end without speeding up and crashing like all hell breaking loose. Yes! All the best I Mother Elements are here, perfectly, in one song. Incredible, and one of my absolute favourites on the record.

This is my favourite I Mother Earth record, always has been. I can play it any time and be blown away by the musical prowess and range of this group. Two thumbs waaaaay up.