Skip to content
Posted on 2019-05-012020-07-17 by keepsmealive Posted in posts by aaronTagged atoms for peace, mounties, rheostatics, rollins band

TARANNA: As I mentioned in an earlier post, my Dad and I made were in Taranna recently. I bought musics, and will tell you about all of it. I plan to keep the posts super short, and to try to hone my Briefly Telling You Something Informatively skills. 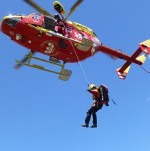 (ARGUABLY UNNECESSARY) RESCUE MISSIONS: I keep a .txt list of all my music (artists and titles) on my phone. Apparently it needs an overhaul because on this last trip I bought a few items I already own. They were:

Rheostatics – Greatest Hits. I will forever love the Rheos, and not only because they called their first album their Greatest Hits. Turns out I already had this CD. And the LP.

Atoms For Peace – Amok (Deluxe Edition). I already own the CD. And the LP. But this was a shiny lovely deluxe fold-out CD edition for cheap, which I did not have. Unnecessary? Yes but also no.

Rollins Band – Nice (Advance CD). This is just the album (which I already own), with some promotional content added to the CD (which I also already own). This was a rescue mission (and my third copy). Because ROLLINS.

Mounties – Thrash Rock Legacy. I already own this CD, but it’s Hawksley (et al.) and it was in the clearance for $2.99 so I could not leave it to languish. I will find it a good home.