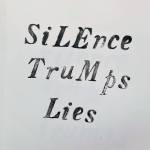 The mighty Slooooo-ooooaaaaan! have released a new single!

My huge thanks to everyone, especially James, who made me aware that it had dropped and made sure I heard it!

Dripping, at times, in tremolo, and backed with a swinging backbeat, this gently firm pure rock pop track does what Sloan has always done best: talk about one thing but totally also mean something else. It’s all done with clarity and heart, which only this band can do in this particular way.

Lacking an apostrophe in the title, as it does, this song is about relationships. But, given the politically-charged times in which we live, this is also totally a political song.

Pure genius. Sloan are Masters of their craft, and we are lucky to have them.

PS: Here’s the blurb Chris Murphy posted about the song:

“Chris Murphy said “I wanted to write a song about the importance of listening – whether to experts or the disenfranchised”.

It’s a song about people who won’t listen and won’t shut up, who are vain and can’t handle criticism, who talk about things for which they aren’t qualified and make promises they can’t keep.

As we are facing such profound global challenges including drastic climate change and racial injustice, it is imperative to remember that sometimes it is important to leave space for those with lived experience and studied expertise to take the floor.”