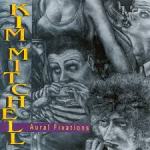 Yup, I got Kim’s 5th album (and first to not include help from Pye Dubois) for $1. It’s a crazy world, folks.

So, do I need to tell you anything about this one? It’s full of that inimitable Kim sound, going back and forth between big stadium-ready rock tunes, countrified rock, gorgeous ballads, soulful excursions, the works. It’s as varied as you could ever want it to be, and none of it is even close to mediocre.

You’ll definitely know the song America, from the radio. One review on Amazon recommended a deep cut called Flames, saying it has one of Kim’s best-ever guitar solos. A big claim! I played it and holy smokes, if it ain’t his best, it has gotta be up there, that solo was huge. Another track I dug was the bluesy, classy Pure As Gold. Hot damn, when the album was done I went back for that one again.

No one else sounds like Kim. All is as it should be.