Yup, I’m at it again, folks. This time it’s a request for everyone to keep your eyes peeled for Gojira – Terra Incognita (2000). It’s their first album (under the name Gojira, they’d been Godzilla before but had to change for obvious reasons). Discogs lists one new copy available, €200 ($278.49 CDN)! Our Canadian Amazon also lists a couple of them, starting at $185.75 for a used copy! So what we’re looking for, here, is a shop/someone who doesn’t know/care what they have and are selling it off at normal CD prices! Thanks folks!

And don’t forget, if you already have your list up and need to make changes, or if you’ve not yet submitted your list and want to do so, let us know and we’ll make it happen. The Master list can be found at the top of the page, on the left.

When the kids are in bed just down the hall, what music best fills the hours before the grown-ups finally crash for the night? Here are 10 records (in no particular order) that I will (and have!) put on later at night…

Delightful pop-rock with tight instrumentations and fun lyrics. Something very Brit-pop about the whole thing… must just be all those jangly guitars and lovely melodies. Also, this has the greatest song title I’ve seen in ages: The Day The Trumpet Player Fell In Love, And Learned To Hate Men. Haha awesome. Highly enjoyable, light good times.

Marilyn Manson – Eat Me, Drink Me

I’m far more familiar with old Manson, up to (and including) Antichrist Superstar, then I drifted off. This still sounds like him, but it has lost a bit of its edge somehow. He’s still writing and saying things that no one else ever quite manages in the way he manages it. Even though some of it is pretty much 80s new wave, it’s still somehow as creepy as the old stuff.

Lots of songs we know, here, and enough new stuff to make it fun (track list pic below). The highlight track for me was Chris Isaak’s Baby Did A Bad Bad Thing, a cool blues with those inimitable vocals. This is a cool mix of artists and songs. 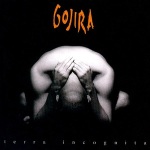 Eat Me, Drink Me

Novillero is completely awesome. A new release from them is definitely cause for celebration! There’s so much energy and brightness in their records, and A Little Tradition is certainly no exception. You need to own this!

There’s horns, guitars, piano and vocal harmonies galore, with super-smart instrumentations wrapped around incisive lyrics, and oh man, those bass lines! What a groove! It’s all glorious. This is the kind of disc that makes me want to bounce around happily, and that’s exactly what I did. I played this for friends who were unaware of the majesty of this group, and they loved it. It’s so accessible and fantastic that new listeners will wonder why it’s taken them so long to get to it.

We all need A Little Tradition in our lives. Buy this record immediately!!