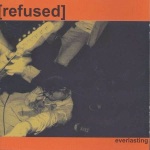 Y’all know I love Refused, so finding this one was a no-brainer purchase. And, of course, I was rewarded with brilliance.

It’s a pure blast of punk, hardcore and metal leanings as only these Swedish punks can do it.

Wanna Go To Taranna Pt.2: The Ones That Got Away

As I mentioned a couple of times in yesterday’s posts, I could easily have spent a whole lot more in BMV and Sonic Boom than I did. Actually, I feel I showed excellent restraint, even though I still got a pile of great tunes! Man, given unlimited funds, I’d have told them to back up a truck and we could start loading it up…

Anyway, there were too many great records I left behind to list them all, but three come to mind as worthy of mention… 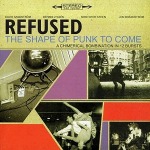 But I reasoned that I already own the CD itself, and would I use the other discs that much when it’s the album I really love? I left it, in favour of spending that $10 on other things.

2 – Pavement – Wowee Zowee (original LP), at BMV. It was a new arrival. The guy said it was $25 because it was VG or VG+. Woulda been more if it was in better shape (he said). But there was some wear on the jacket and the LPs were OK but not VG+ in my mind. Still, how often do you see an original Pavement LP? Because I never see them! It was reeeeaaaallllly tempting because I love Pavement so much, but I left it because that was a lot for one LP and not the nicest copy (yet still the only copy I’ve ever seen). You see my dilemma. I texted Mike and he said it’s about that price online but the shipping kills. Gah!

3 – Dillinger Escape Plan – Instrumentalist 7″ (RSD 2017), at Sonic Boom. I didn’t get any RSD stuff this year, and I am a fan of DEP. But apparently not the biggest fan as I had this $12.99 7″ in my hand a while before finally putting it back. It was only two songs, and $6.50 per song is steep when I already had a basket full of other goodies. I dunno, it was real tempting, but how much would I play it? But it’s awesome and collectible… Gah!

A few times today, I feel like I probably shoulda just bought them anyway. I’d have been happy with all of them. And I know that they’ll be looong gone by the time I get back there, likely in the fall, with Mike. Ah well. I’m super-happy with what I did bring home, so these will be the ones that got away!

Refused – The Shape Of Punk To Come

This could very well be my laziest post ever. Well, maybe just slapping up funny pictures is lazier, I dunno, but this was pretty damn lazy. No effort at all, really. Why? I was too busy cranking this goddamn gem of an album!

The following is all well worth a read, and I could type all of this out, but why? Take it, Wiki!

This album marked a sharp and conscious departure from Refused’s earlier work. The philosophy of the album, expounded in the ample liner notes and encapsulated in the song “New Noise”, was that punk and hardcore music could not be anti-establishment by continuing to package revolutionary lyrics in sounds which had been increasingly co-opted into the mainstream. The sound of the record challenged existing punk sensibilities; it can be seen as “punk” at a fundamental level and includes experimental combinations of post-hardcore, post-punk, techno, and jazz sounds. The album reveals musical differences to pop punk bands such as Green Day and Blink-182, and also to even more traditional punk rock bands such as Bad Religion and Pennywise.

The album also includes “political interludes” between some songs. The use of more technological sounds or drum and bass music, particularly on The New Noise Theology E.P. which followed the album, is a tactic that various members of Refused have credited to the influence of Philadelphia punk band Ink & Dagger.

Originally released in 1998, The Shape of Punk to Come “blurs the lines that separate punk, metal and hardcore, while peppering this brutal fusion with bits of techno percussion, jazzy rhythmic change-ups and long, complex song structures that support politically-charged messages,” (CMJ, 1998). Refused’s most critically acclaimed and final album exploded on the scene with the jaw-dropping hardcore anthem “New Noise,” which Rage Against the Machine guitarist Tom Morello once described as “one of the great rock jams of all time” (Filter, 2006), and helped change the game forever influencing a range of genres still to this day.

It’s a ballsy move to claim you’re reinventing a musical genre that has been slogging along quite happily for more than two decades, but the Refused back up their chutzpah with an absolutely awe-inspiring and fearless slab of musical mayhem. The Shape of Punk to Come is nothing short of a punk-rock manifesto. Hardcore pathos is merely the foundation for their architecture: upon that they build an edifice of political expression with a take-no-prisoners approach to the search for artistic meaning and a musical liberation that includes elements of speedcore, free jazz, electronica, lo-fi, and absolutely no pop. Politics, art, and music merge into one monolithic whole. The disc starts with the spoken epigraph, “They told me that the classics never go out of style, but they do, they do,” followed by a swirling mess of noise that finally jells into the last undiscovered thunderous riff of “Worms of the Senses/Faculties of the Skull.” The song stutters, then speeds along, skips, pauses, then rolls. They follow that with the groovy Gang of Four metronomic punch of “Liberation Frequency.” When vocalist Dennis sings, “We want the airwaves back” in a sweet falsetto that belies his ability to deliver a screech not unlike a bull alligator clearing its throat, you believe this band isn’t going to gently rise up the Billboard charts; they’d rather storm the ramparts. Unfortunately, when the band writes a song called “The Refused Are Fuckin’ Dead,” they aren’t kidding around: the band broke up before the release of Shape. Let’s hope enough people hear this album to kick-start the revolution. –Tod Nelson

All that’s left is my reaction to the album… That’s easy: HOT DAMN! I hear all sorts of other bands in this. One of my recent favourites, Dillinger Escape Plan, and old faves Rage Against The Machine, for sure. But nevermind all of that, just rock to the damn record. Holy crap, it’s loud, it hits hard, it’s experimental and fascinating, and I totally understand why folks drooled all over this one. Pure classic.