I’ve never heard a Rick White effort that I didn’t love, so this one was a no-brainer. That jangly shambling sound, like it might fall apart at any minute but it never does because they’re actually in perfect control is here, as always. The musicianship is stellar, and there’s not one slower/introspective track on it, which is odd for him as he usually offers a balance, but this one’s built for rocking and it kicks all sorts of ass! So much creativity, beauty, originality and straight-up greatness here.

I begin this week by going through more of my finds in Taranna in May. The next few days will cover those found at She Said Boom! on College St.

This one was the $5.99 album I was telling you about, and it was worth every penny.

Who is Rick White, you’re thinking? He has worn many hats, including being in bands, and producing for others. That link there will give you the story.

Eric’s Trip has long been a favourite of mine, it’s how I first knew about Mr. White (and Julie Doiron). And I saw Elevator open for Sloan one time, which was definitely cool. When this 2005 solo White album appeared before me at She Said Boom!, it was a no-brainer grab for me.

As expected, the tunes here are highly creative, perfectly-realized, and eminently listenable. To describe the music? It’s not really fair to try, but… how about fringe folk. Or alternative acoustic. The lyrics are pure poetry, the guitar work is fantastic, and the songs all groove along beautifully. I could not find any other musician credits, so I have to assume that Mr. White did all of the other instruments himself. Fantastic!

I may sound breathless about all of this, but let’s face it – this album is so great. Seriously, if you see one in your local shops, rescue it! It’s so worth it.

Definitely a trip highlight find from my May foray to Taranna! 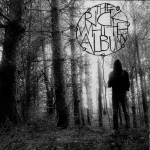