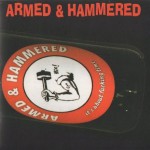 You can hear a track at their bandcamp!

Alright, here we go with the new look! Lemme know (in the comments) what you think!

I bought this CD on the strength of one excellent song I heard by chance on CBC radio, called Canadian Dream. The rest of the CD turned out to be just as infectious and beautiful, full of sharply smart songs, some acoustic and tender, some full band rock outs, all superbly done like an Eric’s Trip or a Hayden but also uniquely his own. Cannot recommend it enough, this Dude oughta be massively famous.

This 3-song single is available for free download on his bandcamp site. First is a band version of Diane that’s different enough and equally cool, then a sweet live version of Rotten Pear on electric guitar (versus the album version’s accordion (I think – or maybe it was a synth), and D.I.A.N.E. reprises the title track with almost-rapped, altered lyrics. Cool.

Available for free download on his bandcamp site, this collects tracks from seven of his releases, repeats the live Rotten Pear track from the Diane/D.I.A.N.E. single, and includes an unreleased track too. Listening to these sampler songs has made me want to go and order all of his awesomeness immediately! I love every song here. This guy’s great! Why isn’t he huge and everywhere? Good question!

Leonard Cohen collaborator Anjani offers up a very pleasing record of minimal lite jazz. She sings in a breathy, torch singer voice. Reminds me very much of Holly Cole, actually. Highlight tracks for me were the title track, and the sweet waltzing Thanks For The Dance. Cohen co-produced this, and gave her access to his writings for lyric ideas, so his influence is all over it so large one could be forgiven for thinking she was just singing his songs. This is late night gentle music, and very well done, at that.

I’ve owned this for years and love it every time I spin it. This is live off the floor punk from a band that is bloody, smart and tight. The original songs are fucking great, and the covers of English Dogs’ ‘Bastard’ and Motörhead’s ‘Ace Of Spades’ are great too. From the same Kensington Market (Toronto) scene as another fave of mine, the Bunchofuckingoofs, this band and this CD are punk brilliance. Go go go! 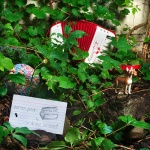 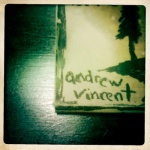