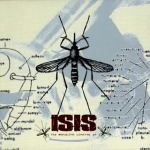 By now it should be well-established that I am a big fan of the work of this metal band, Isis. Their brand of heavy metal music hits me just right.

Knowing their full length releases like Panopticon and Oceanic much better, I wondered what this early EP would sound like. Let’s find out!

Poison Eggs leads us in, building prettily into a menacing thing that means to crush the skull. By the time the vocals arrive, you know it’s a pummelling! The bottom end on this is huge. Whoa. Instant love!

Life Under The Swatter picks up where Poison Eggs left off, the snare drum taking on a machine gun burst approach, the guitars chugging heavier. When it reaches its apogee, it’s a real blast of heavy. Of course, there’s a breakdown in the middle – it’s needed, or this track would crush weaker mortals, hell it’s even a little jazzy, but it’s all of a piece and its fantastic. The heavy here will ruin your home’s foundations. Fuck yes.

Hive Destruction builds through some weirdness into another amazingly heavy riff. These guys were masters of this art form. This one made me want to drive at top speed and break things as I went. The vocals come unhinged just before it turns damn bluesy heavy. Oh hot damn.

Relocation Swarm, the longest track at 11:46 in length, brings back that adamant snare over the droning heavy guitars. Then we’re off into heavy land again. Oh man. We do a bit of a drum break, but this is clearly a band going for broke, now. The first three songs were like an intro and a beginning and real work of tearing down the walls. By the time we reach this track, all the chips are on the table, and they’re going for goddamn broke. The whole shebang will be rubble by the time they’re done! Sadly, the last four minutes are used up with a droning deconstruction of everything already built in this EP. I get why, the feedback and noise make for a calming down… but with this much invested, it does take way, way, waaaaay too long for the track to die. If it had ended at 6:50, it would be a masterpiece.

Holy shit, I loved this. What an EP! These four tracks are a band debuting their sound, and going for fucking broke. I’d say they succeeded in getting attention, and then some. Pure excellence.

Alright, now we’re moving into all of the tastiness I found at the incredible Sonic Boom, during our most recent trip to Toronto. For the record (pun intended), SONIC BOOM RULES!

I’m a fairly recent convert to the genius of ISIS’s brand of metal* music, but I am now fully into it and ready to listen anytime!

Here we have their 2000 debut record, and it’s a corker. There’s something quite hypnotic about the way they let a track grow and breathe until, before you know it, it’s pummeling you happily.

Listening to this now, having heard later albums before hearing this debut, I can hear where they were headed. These tunes stomp along, often at a menacingly slow pace, but they’re no less heavy for it. Electronic noises flit throughout, and the instrumental sections are (as always) brilliant. When it hits hard, it hits fucking hard. I love how the song Gentle Time is actually a heavy crusher of a tune. Yep this stuff is genius. The only complaint I have really, is that it sounds a little… compressed somehow. It would have benefitted from a roomier sound production. Ah well, too late, I guess!

Cute story: My three year old daughter (she of the metal horns and Maiden fandom) said she wanted to hear what I was listening to on the good headphones. You see, while I re-listened to a track or two of this album, I’d had the headphones on in case the kids wouldn’t like this stuff. So, I turned the volume down for her little ears, placed the headphones on her head and she immediately smiled. Shouting (because she’d forgotten she had the headphones on) she exclaimed “I like these songs, Daddy! This is good music!” When her brother (he’s 6) tried it out, he said it was good, too, but my daughter fought to get the headphones back and I had a hard time getting them back from her myself! “She said “I love this! Let me sit on your knee and listen for more!” That’s Daddy’s girl!

Celestial is an excellent record by a band that was fearless from the get-go. Their soundscapes are built of beauty and creativity, yet equally capable of destruction. I really liked this album! I’m very, very happy to have it in the rotation.

* some people call it post-metal. I had to look that up, and Wiki says it’s “a mixture between the genres of post-rock, heavy metal, and shoegazing.” It goes by other names like metalgaze, shoegaze metal, atmospheric metal and experimental metal. I think some people have way too much time to be labelling things when what they really should be doing is rocking the hell out.

ISIS – Not in Rivers, But In Drops

ISIS – Not in Rivers, But in Drops

I’ve only gotten into ISIS after they’d already broken up. Go figure. But no matter, their releases are brilliant and I am getting to explore them in my own time anyway.

This 3-track single is a cool curio. First, let me just say I love the artwork. There’s something about that black and white image (front and back covers taken together) that evokes an entire video for the music in my mind as the songs play.*

First up, we have the title track, which is an album track from In The Absence Of Truth (hereafter ItAoT). It is 7:50 of hard-hitting, sweeping and beautiful metal. The riffs are built to crush, the power is set to high and even within that there’s a control, a tender edge. So good.

Holy Tears (Remix) is next. It’s also an album track from ItAoT, but this remix is definitely different. It’s the same song, sure, but here the whole feel is more of a movie score or performance piece. The guitars are different, and there’s an electronic edge to the breakdown. I like both equally, this is a cool track.

And lastly we have the title track again, this time performed live at the Verizon Center in Washington, DC on 2006-09-30. It sounds great, despite getting a bit rougher when they’re crunching at their heaviest. I really got the sense of the sound in that big space on that evening. It’s hard to say, based on one track, but I still have to imagine that this must have been a great live band!

Recently, I played the post-metal band ISIS’ album Oceanic and LOVED IT. In the comment of the subsequent review, Mr. 1537 himself said that he agreed, Oceanic is great. But Panopticon is better!

It so happened that I already had a copy of Panopticon here and, after 1537’s endorsement, it got bumped up in the listening pile. And am I ever glad I got to this now. WHAT AN AMAZING RECORD! I mean, Oceanic was great, but this one has a slightly different feel to it… the instrumentations are more laid-back, or something. The use of dynamics and the sheer diversity of what they’ve laid down here blew my mind! This came out two years after Oceanic, so maybe the band just grew into this sound even more, or something, I dunno.

It hardly matters what happened, the fact is that this album exists, it fucking ROCKS, and you need to go get yourself a copy.

I bought this CD in Toronto on this year’s (3rd) Annual Mike And Aaron Go To Toronto excursion! It’s awesome!

I really was going to write-up every song on this CD, I swear. I had a page all marked out in my cheap-ass dollar store notebook for it, and everything. But about three songs in, I found that my pen was sitting idle and I was drifting off with the music into all sorts of weird places in my brain. Upon this realization, I brought myself back to the present and resolved to focus on the CD at hand. A couple of tracks later, I realized that the music had, once again. taken me off into my imagination. At this point, I understood that this is one of THOSE albums, and I just let go of my grip on the present moment and let myself go with it. It was fantastic.

There were times I thought they sounded like Tool, but then the next track would come along and it’d be totally different. And I’d think I’d hear other bands but then know that no, it wasn’t emulating anyone. It just IS. It’s ancient and immovable, it’s modern and enticing. It’s more than that, besides.

Better reviewers than I have written up this album, so I won’t even try, except to say that this was fucking fantastic. I could listen to this CD all day. Just put it on repeat, let it wash over me. Those riffs and melody lines, the wild vocals, the time changes and mastery of dynamics… this is an iron fist in a velvet glove. This is brilliance.

Wow. Just… wow. I think I paid about $5 for this, and it’s worth waaaaay more than that. I’m so glad I bought this!