I remember buying this 1999 double record (The Fragile) at the flagship HMV on Peel and Ste-Catherine in Montreal, and loving it from the first listen. Found on the Left disc, this piano and bass exploration builds with equal parts beauty and menace. A woman’s voice entices up, and then the drums come in with a funky beat, and bass… soon there’s a buzzing as those NIN chords rally and build some more… things distort, and then… clarity as the woman laughs and whispers. Holy hell, in context of the album or as a stand-alone, that’s a great track! 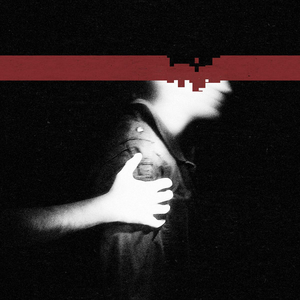 This limited edition CD (mine’s #113,916 / 250,000), NIN’s 8th album, includes a DVD of the band on tour. Cool! I’m no expert on NIN, but others note its similarity to With Teeth, in hewing closer to rock than to industrial. To me, it’s NIN and these were songs I’d never heard before – I liked it! Not sure if this release is rare or not, but I rather enjoyed the songs here. Score!

Nine Inch Nails – The Day The World Went Away 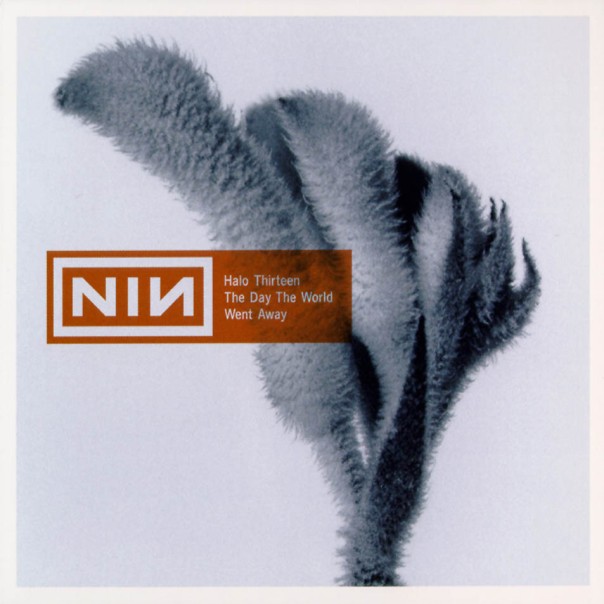 I loved The Fragile. This single has the title track (single edit), Starfuckers, Inc. (Long), and a remixed title track (quiet version). Short, sweet and awesome. 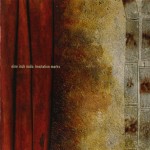 So, what was NIN up to in 2013? “The album’s title is derived from the term “hesitation wounds”, which is used to describe marks that are produced by testing a bladed weapon before attempting suicide or self-harming.” Well then. Buckle up, buttercup, ‘cos here we go!

The lyrics are still there from what I remember of when I listened more often (the 1990s), full of dark honesty and a clarity of vision, and Reznor’s voice remains recognizeable and unique.

But it’s the music that has grown more streamlined, cleaner somehow. As he says in Came Back Haunted, “I am not who I used to be…” and that’s accurate as hell for this one. It’s not a bad thing, there are plenty of moments here that grab your ears and hold your attention and make you want for more. It’s atmospheric and dreamlike, driving and powerful all at once. I just felt like I hadn’t seen Trent since he was an angry teen, and when I walked in to see him after all these years, he’s grown up into an equally eloquent but more mature and interesting adult. 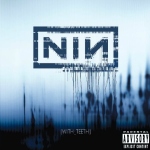 I have enough NIN to call myself a fan, though I’m by no means obsessive about it. Pretty Hate Machine was brilliant. I understood why The Downward Spiral went huge (and why many want him to remake it over and over – he won’t do it, nor should he), and I loved The Fragile. But I wouldn’t call myself an avid collector and, to be honest, it’s been ages since I even thought of Reznor at all.

So why did I buy this one? It was cheap. And why not, for all that.

And what did I think of it? It’s a natural next step, an extension, but also new enough to be interesting.  We get quiet, beautiful bits. Angry, jagged bits. Electronic techno freakout bits. Angry, self-absorbed, possibly (by now) developmentally arrested lyrics. But it’s all done with so much power, so much pure visceral energy and angst that it remains clear that there is no one else like them at all. Not even close.

It’s also a wee bit unfair to compare this to the other records that came before it, though it does combine elements. PHM’s openness and clarity, with TDS’s oppressive heaviness occasionally evident is definitely built to kill in here. Of course, it’s so much more than that, its own eloquent beast…

For me, it’s the production that’s the saviour. What a clear, punishing and enveloping sound! The frequent piano parts early on sent tingles down my spine, flowing stark beauty in the midst of the madness and chaos. Dave Grohl provided live drums for several tracks. One key, I discovered in my listening, is to have the good headphones on, and crank this sucker! Play it loud! You’ll hear what I mean.

Wiki tells me that this album was influenced by Reznor’s “battle with and recovery from alcoholism and substance abuse.” He had previously been “increasingly addicted to alcohol and drugs, resulting in erratic behaviour, depression, and writer’s block.” That would explain the six years between this and The Fragile (with a remix album and a live album in there, too). He apparently also drew inspiration from the September 11, 2001 attacks on Washington and New York. I can hear him telling us about his struggles in the lyrics, in songs like Every Day Is Exactly The Same, and several others. He’s looking for his place, his strengths. I think he found them, and it shows in this effort.

I went in expecting just another NIN record, and came away impressed by the scale and scope of the project, by the perfect sound production, and by the healing and clarity of the experience. It was worth the wait.

Over the years I’ve had a real love/ambivalence relationship with the music of Trent Reznor and Nine Inch Nails. I loved Pretty Hate Machine for being the innovative-sounding record I was waiting for at the time. I was pretty caught up in the hype around The Downward Spiral, just like everyone else. I thought most of The Fragile was excellent.

But while I like the music for what it is, and in small doses I can handle the paranoia and the rage and the anti-social aspects, even with those albums that I liked I couldn’t listen to the whole thing at once. I think it pretty much all sounds the same (his voice never changes, the loud/quiet thing of the 90’s, the blips and bleeps) and I was a fan who didn’t listen regularly. I was more likely to make a mix-CD for the car of the tracks I liked rather than playing a whole album every time.

Anyway, it’s worth noting here that I really appreciate artists who push the envelope, who try creative things and really give themselves over to their art. I think Reznor has done this (or at least flirted with it) several times over the years. But even this far along in his career, it appears that he is now going way out on that limb in the name of seeing a project through. This new record is one of the most exciting ideas I’ve heard in a while.

Year Zero has just been released recently, and it is just like every other Nine Inch Nails record, musically. No real surprises here, so if you were wondering whether to buy it or not, rest assured that it fits well into the catalogue with no stretch of the imagination. You won’t go wrong in bringing it home at all, if that’s what you’re looking for right now.

Where it counts is all the other stuff that is (and has been) going on around the creation of this record and its release. It’s a concept record, his vision of the state of the world 15 years in the future, and on this score he gets perfect points. There’s way too much neat stuff for me to list in this space, but if you try here: http://en.wikipedia.org/wiki/Year_Zero_%28album%29 you’ll get a taste of how much is going on. The thermally-activated CD, all the clues and anagrams and web sites. It’s really quite awesome to behold.

Maybe I need to play the record a few more times, let it grow on me some more. For that matter, maybe I need to also re-visit the back catalogue and see if I still have an inner NIN fan. But I do recommend Year Zero and any attempt you’re willing to make in understanding the entire creative world that surrounds it. It’s fascinating.