The One That Got Away

As you’ll recall, I recently had The Biggest Grail List Success ever, finding a copy of the Van Morrison 2LP set for Too Long In Exile at a reasonable price. I am still happy dancing about that one. 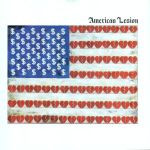 One other item on the Grail List that has been there since the list was created is a copy of Greg Graffin’s OOP solo CD, American Lesion. Sometimes it is listed under American Lesion as the artist name AND the album title. Odd. Anyway, it’s another of those items that is always $50 and up for a copy. It needs a reissue!

About two months ago, I found a reputable secondary Amazon seller with a copy in good shape for $11.99! I ordered it, post-haste! I was already writing my Grail List Score post for you guys in my head as soon as I hit send. And then I waited. And I waited. And I waited some more. It never arrived.

Amazon, not knowing what goes on with their secondary sellers, just said “it has probably been delivered.” Haha thanks for coming out! So I contacted the seller, said the item was now three weeks past expected delivery date. What was up?

I got a brief message to say that that order had been a technical error in their system, sorry for the inconvenience. The order was cancelled. They charged my VISA, they said it was shipped. How the hell was it an error in their system? What system? Isn’t it still a human being that gets that CD, puts it in an envelope, and puts it in the mail? Wouldn’t they say something if they couldn’t find the CD when they went looking for it? Why would it show Shipped if it wasn’t? I was told I would have been informed at the time but it probably went to my junk mail. Bullshit. All Amazon mail uses my main email address and never hits junk mail. I searched my junk mail – nothing. They have apparently refunded my card and are washing their hands of it.

I have some conspiracy theories about this. The main one being that someone in their location wanted the CD (knowing it is OOP and how much they sell for) and just said it wasn’t in stock, keeping it for themselves. Or perhaps they realized they’d vastly under-priced it compared to other sellers, told me they’d “lost” my copy to get out of their obligation to me, and will re-post it at a higher price in a little bit. It is possible that there was an error and they posted a CD they did not actually have in stock, but something about the whole interaction feels sideways.

I’ve sent a fairly sternly-worded email about inefficiency and vagueness to cover up to the seller, but at this point there’s not much else I can do about it. Amazon won’t care. If the seller says they don’t have it, that’s all I can know. And so, American Lesion is, as of this moment, the one that got away.

UPDATE: I called Amazon’s toll-free and, lacking a tracking number for the shipping, they can’t say what happened at the seller’s end, just that it seems to have never left their location. Amazon did confirm the VISA refund, and they are going to submit feedback to the seller on this issue because they also don’t see any email attempt from the seller to contact me that there was a change in the order. The lady on the phone was apologetic, and said she hoped I found this CD sooner rather than later. Me too!